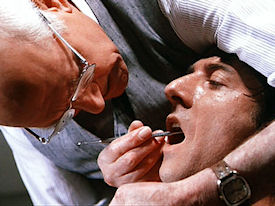 IS IT SAFE YET?

There are a few conditions for some of the updates;

Despite making today’s patch available for XP users as well, Microsoft also recommends those users upgrade to new versions of Windows, Windows 7 or 8. Security experts, including U.S. CERT, recommended that users avoid using the maligned browser until a patch was made available.

The is the first out-of-band patch from Microsoft since last January when an IE security update was issued for zero-day vulnerabilities being exploited in watering hole attacks against manufacturing and government websites. For most zero-day vulnerabilities in IE and other Microsoft products, the company has been shipping Fix It tools as temporary mitigations, and recommending the use of the Enhanced Mitigation Experience Toolkit, or EMET, which provides mitigations for memory-corruption attacks.

Windows users who have Automatic Update enabled do not need to take any action to install today’s patch, Microsoft said.

Previous ArticleCompliance: Why You Can’t Afford To Stay With Windows XP Next ArticleCovert Redirect Is Just a Flaw It’s Not Another Heartbleed