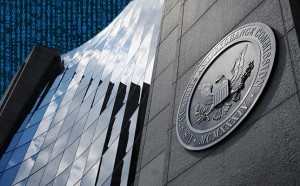 Securities and Exchange Commission Office of Compliance Inspections and Examinations Director Drew Bowden said Wednesday he hopes to publish cybersecurity guidance for financial advisors this year. Rather than provide a list of best practices or rules, the guidance will offer a report on how prepared the financial services industry is on cybersecurity so advisors can compare it to what they are doing, the OCIE chief said.

He noted OCIE has given SEC Commissioners a summary report on cybersecurity exams at 100 advisory firms. Cybersecurity, other market structure issues, more intense data analysis in advisor evaluations and zeroing in on protections for baby boomers will take center stage in the SEC’s 2015 exam priorities that Bowden revealed will be released next week.

Cybersecurity To Take Center Stage in 2015

The OCIE chief said quants, with backgrounds ranging from finance to the space industry, will become increasingly important in on-site exam teams to plow through larger quantities of data than examiners have ever been able to do before and to conduct specific studies of information that a firm may never have done itself. “Quants are reshaping the way we conduct exams,” Bowden said.The higher emphasis on retired and soon-to-be retired workers is coming as the nation’s elderly are relying more on personal savings for their livelihood rather than government and company pensions, he explained. “There’s a lot of people there, a lot of money, a lot of development in industry,” Bowden said.

Also looking ahead, he said investment advisors who have been in business for three years or more and never examined will become targets for an increasing number of examinations focused on particular issue areas.

Speaking to a Practising Law Institute conference on hedge funds in New York, Bowden said the deficiencies examiners are finding in this sector are not materially different than what is found with broker-dealers, general advisory firms and other financial industry segments under OCIE’s watch.  However, he noted, many hedge fund have only been subject to SEC exams since 2012 as a result of the Dodd-Frank Act and advertising violations that have come up have resulted from their unfamiliarity with more arcane SEC rules.

Bowden pointed to valuation as another problem area examiners encounter often with the funds.He said what is important to examiners is if the funds are conducting valuations the way they tell investors they will. Bowden added examiners have uncovered hedge funds changing the way they value their holdings from quarter to quarter to yield the highest results. When asked how a hedge fund can avoid having frequent exams, he responded: “have a good first exam. ”If examiners come in and find a firm’s compliance operations inadequately staffed and poor controls, the chances of another visit in the near future is more likely, said Bowden.

Read the full story on fa-mag.com